AMS Overview – [NOTE – This product has been DEPRECATED]

The Allegro Media Server is a full-featured and fully compliant implementation of a UPnP™ Media Server. AMS runs on a Macintosh or Windows PC and provides access to media files and iTunes library contents from UPnP Media Players or UPnP Media Control Points.

The Allegro Media Server streams digital music from iTunes® libraries to wired or wireless networked digital music players using the same UPnP protocols that are used by Windows Media Connect. This means that networked UPnP-based Digital Music Players such as the Philips Streamium series and the Roku SoundBridge products can see an iTunes Digital Music Library over the network and play individual songs or playlists.

The Allegro Media Server runs as a background application on Macintosh (OS-X) and Windows (XP or later) personal computers and provides a bridge between an iTunes Digital Music Library and the world of networked media players. See the Frequently Asked Questions page for more information about the Allegro Media Server features.

The Allegro Media Server is based on Allegro’s RomPlug UPnP/DLNA Media Server toolkit, which is the same technology used in the DLNA certified RDMS 202D. The Allegro RomPlug toolkits are among the most widely used toolkits for creating certified UPnP/DLNA products. UPnP/DLNA technology is all about making home networking simple and affordable for everyone, so the connected home experience becomes a mainstream reality. The UPnP/DLNA architecture leverages TCP/IP and Web technologies to enable seamless networking in addition to control and data transfer among networked devices in the home.

The Allegro Media Server streams digital music from Macintosh or Windows iTunes® libraries to wired or wireless networked digital music players using the same UPnP™ protocols as are used by Windows Media Connect. This means that networked UPnP-based Digital Music Players such as the Philips Streamium series, the Roku SoundBridge products and NETGEAR MP101 can access an iTunes Digital Music Library over the network and play individual songs or playlists.

Can I try it out?

You can try out a time-limited demonstration version, which will allow you to test the Allegro Media Server in your environment. If you like it, you can

. The registration code enables you to change your demonstration copy into a purchased copy and allows AMS to run for an unlimited time.

What Media Players does the Allegro Media Server work with?

The Allegro Media Server works with a number of UPnP media players such as the Philips Streamium SL300i, SL400i and MX6000i, Roku SoundBridge players and the Netgear MP101. With these media players, a Macintosh-only environment is supported as well as Windows-only and mixed environments.

In theory, any UPnP or DLNA compliant Media Player should work with the Allegro Media Server. However, some Media Players use UPnP AV protocols but use them in a proprietary manner so that they only work with the media server supplied with that Media Player. We have also discovered some Media Players that are UPnP compliant, but also require a Windows PC application to be running. While these products will work in Windows-only or mixed environments, they will be unsatisfactory in a Macintosh-only environment. The best approach is to find out if the Allegro Media Server works with your media player is to download the demo version and test it in your environment.

Will it play tunes from the Apple Music Store?

What about the Apple Lossless format?

The Allegro Media Server does not provide media format conversion. It sends the tune across the network in whatever format the tune is stored in on your disk drive. This means the connected media player needs to be able to decode the formats that your music is stored in. We are not aware of any media players that have Apple Lossless decoders. When we find one, we’ll add support to serve this format.

How do I get support?

If you are having difficulty using AMS, please contact us at ams@allegrosoft.com for help.

What if I have multiple iTunes users and libraries on my computer?

Each different iTunes user on the computer can have their own copy of the AMS server. If you change the default server name in the Preferences dialog for each server, then your Media Player can tell which iTunes library it is connecting to. If you wish to have multiple copies of AMS running at the same time, you should also change the port number in the preferences dialog so that each copy uses a separate port number.

Not currently. The formats used for streaming Internet radio don’t necessarily match the formats for playing tunes and playlists from a music library on a personal computer. Over time, we expect that Media Server and Media Player products will evolve to support this capability.

Will it work without iTunes?

When I run AMS I get an error message on Windows of “The application failed to initialize properly (0xc0000135). Click on OK to terminate the application.” What does this mean?

Since upgrading my Mac to Mavericks I have found that Allegro Media Server is very unstable and often will not work at all.

In the Mavericks OS X Update, Apple added a new feature to conserve battery life called ‘App Nap’. This puts applications to sleep that are hidden from view or behind other open windows. Apple provides a method to override this capability in the ‘Get Info’ panel for the application. Open a new ‘Finder’ window and navigate to your ‘Applications’ folder. Select the AMS application and then Right click and select ‘Get Info’ or type ‘Command-I’. The following panel will appear.

What if I have other questions?

If you haven’t found an answer to your questions, please contact ams@allegrosoft.com for further information.

THIS PRODUCT IS NO LONGER AVAILABLE

THIS PRODUCT IS NO LONGER AVAILABLE 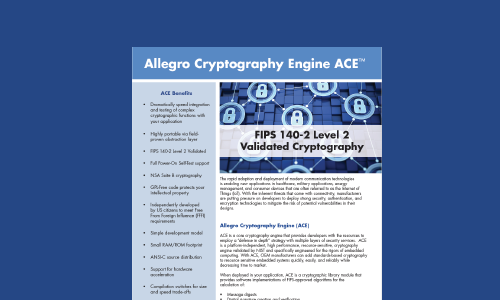